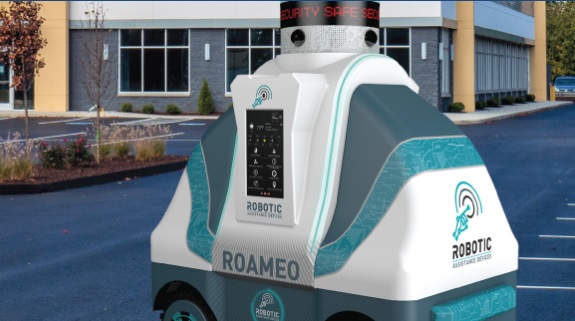 Many people doubt that autonomous vehicles and unmanned systems are reliable. This is a concern that many people share as they feel machines can’t replace the common sense and safety of a human being.

Perhaps there is much truth to this concern, but those who support the technology believe that this is not a concern. The results of autonomous vehicles getting into accidents at low speed levels is an expected outcome from time to time.

The latest technology used for these vehicles is very powerful. These vehicles are driving with optimal routes and speed limits. This means that anyone that enters an autonomous vehicle can expect the ride to be smooth and without any serious incidents that could place them in danger.

Taking the time to ensure that these vehicles are able to proceed to any route without failing to perform under the set parameters is essential. This is the job of the technicians that bring these vehicles to the mainstream for daily use.

The biggest issue with this type of autonomous system is that it is still very expensive and not ideal for massive use. The equipment required to make these vehicles run without a driver is quite significant in cost.

Unmanned systems in the modern era

When a system is not operated by a person, this is usually not an issue unless that system is interacting with people. For example, if an airplane were operated by artificial intelligence. It would be advised that a human pilot is always there in case of malfunction.

This process is entirely different when there is a car involved. You cannot expect the vehicles to have a real driver by their side at all times. This would prove to be too costly and the idea is to create something that is fully autonomous.

Once this happens, the rest of the process becomes much easier. This is the ultimate goal to keep in mind at all times. There are autonomous cars in several locations and they have managed to function as expected.

All unmanned systems are going to be experiencing rigorous testing in the coming decade. With that said, the results have been good enough to ensure that their implementation is going to be a simple process.

It is somewhat strange for people to even consider that AI is going to be able to replace human intelligence. This is very unlikely to be the case when you are dealing with any kind of technology. The kind that is looking to replace humans. At least in terms of decision making. With that said, there is no doubt that a vehicle can be driven by AI with more efficiency than a human.

With that said, there is the element of a vehicle driver being involved in an accident due to a health issue. Some people complain that a computer can fail and act erratically, but the human body is much more likely to fail than a computer is like to fail.

AI has many advantages over human drivers and that is the accuracy of driving at certain speeds and ensuring the most reliable routes. These autonomous vehicles connect to large and powerful GPS applications that help them route and reroute any destination.

The main thing that we are likely not to see replaced is a conversation with other people. Someone that is not searching through a database of information to provide any type of answer. That someone is a human being and AI can’t ever replace the human essence.

It is also likely that many people will continue to feel unsafe and to have no confidence in the use of autonomous vehicles. This is something that is always going to ensure that human drivers are available.

How to make autonomous vehicles even safer

As Artificial Intelligence keeps evolving, we can even picture the science fiction of the movie Terminator becoming a reality. That reality being that machines will think for themselves and robots will chase us down for termination.

Luckily for us, the likelihood of that happening is minimal to non existent. There are many ways to unleash the power of AI. We are also able to control it, as we are the designers of this technology. This means that we are always going to be able to keep it under control. Mainly by allowing it to help and serve society.

The best way to make these autonomous vehicles safer is to implement the latest AI advances to these vehicles. This is going to be a great way to ensure that there are optimal results from this process.

There is much speculation in regards to how far AI has managed to evolve. Some people see robots like Sophia and they think that AI has finally reached human levels of reasoning. The truth is that this is far from the case.

All vehicles and aircraft operated via autonomous AI technology

There is no doubt that this technology keeps popping up in the least expected places. There are too many situations when AI seems to be a perfect replacement for human worker and operators.

It may be a bit too soon to say what is going to happen to AI technology and how much it will be replacing human workers. The only thing that is undeniable is that no machine can replace the essence of a human being.

The world is moving toward the implementation of AI in many different fields and industries. This is one of the reasons why it is so important for this to be a process that earns public trust.

The safety of those who make use of these unmanned systems will depend on the efficiency of the technology. This is going to be a huge thing to keep in mind in order to be able to achieve the best possible outcome.