RNC 2020: Charlotte or Jacksonville, the challenges remain the same 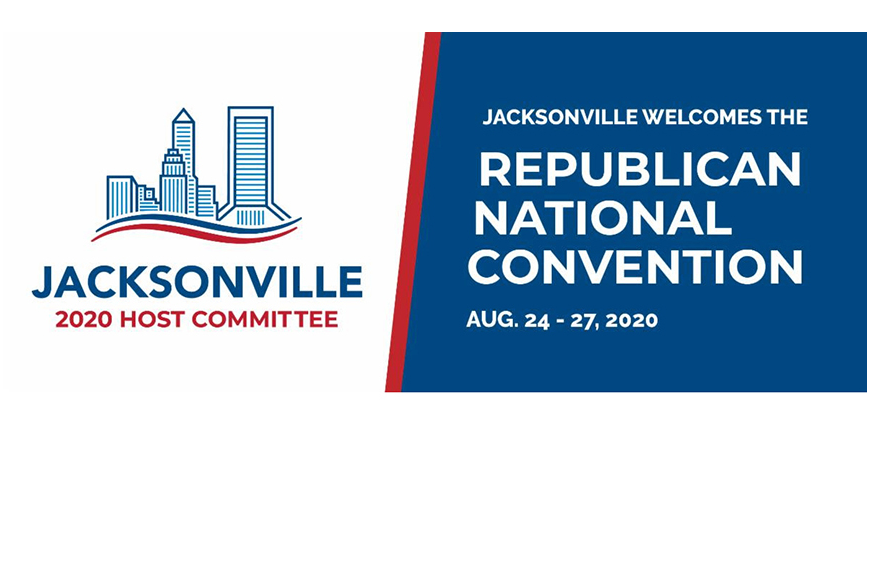 From a private contractor’s perspective, security for a national presidential convention isn’t easy. There’s general security, protection of the candidate, client, event venues and expected protests and demonstrations. Now factor in the outside elements from both far-right and far-left groups are helping fuel the violent and damaging confrontations that have marred protests across the country in recent weeks and the COVID-19 re-opening guidelines, you have an even greater challenge.

On May 8, 2020 Strategic Security was selected as a preferred vendor by the RNC Host Committee 2020 to provide Security Guards, Temperature Takers, Thermal Screening Machines, Magnetometers, Secure Ground Transportation, Executive Protection and Tenting. Visit RNC 2020 Guide. In addition, we are tasked with a developing a return to work and convention planning event strategy amidst the COVID-19 outbreak. According to Joseph Sordi, Senior Vice President for Strategic Security Corp, “We have been preparing for several months and have value best practices learned from former Republican and Democratic National Conventions and Presidential Inauguration deployments in 2017, 2016, 2009, 2008, 2005 and 2004. Strategic Security, is aware of organized groups who are seeking to carry out the property destruction and violence, using the cover of the legitimate protests. Those domestic extremist groups include anarchists, anti-government groups often associated with far-right extremists and white supremacy causes, and far-left extremists who identify with anti-fascist ideology. These groups are utilizing the same communications strategies that Strategic Security tracked and intercepted during the grassroots Fight for 15 movements. In the past, some of the groups have been known to organize and travel specifically to confront police and destroy property to gain media attention for the movement or their personal gain.”

Antifa positions can be hard to define, but many members support oppressed populations and protest the amassing of wealth by corporations and elites. The groups covertly illicit the support and backing of legitimate grass-root movements representing various issues. They seek out groups such as Black Lives Matter whose core values align with the antifascist movement. Antifa searches for the few within the legitimate movements that can be influenced to employ radical or militant tactics to get out their messages.

Strategic Security has devised an intelligence network of HUMIT, GEOINT, SIGINT, OSINT and TECHINT sources to monitor the spread of COVID-19 among the local residents as well as those attending the convention and the passive protesters as well as radical elements that may cause extreme violence or look to spare civil unrest. Skin temperature monitoring systems will be placed at entrances to events as well as Strategic Protective Security Details will be escorting clients to and from venues via secure ground transportation. Principals will be screened by Strategic staff to not expose them unnecessarily. Multiple route patterns will be planned as well as Strategic Security Corp.’s Force Protection Security Division which will consist of armed and unarmed security officers that can be uniformed or in plainclothes to support our clients’ and the 2020 Host Committee’s needs. They are currently undergoing refresher courses in civil unrest / mass civil disorder to effectively protect legitimate persons expressing their constitutional first amendment right as well as handling violent extremist agitators within the applicable level of force in the force continuum model statutorily allowed.

Strategic is employing a 4 prone approach to prepare for the risks:

Formulate plans of action in the event of civil unrest in areas where they operate, have an event or their people live and work. If you do not already have an emergency response plan, it is important to start planning in case a protest affects such an area.

The foremost concern should be for your people and attendees who could either be confronted by protesters or unable to leave affected locations for extended periods of time. Monitor local law enforcement and government authorities’ communications. Consider temporarily closing potentially affected locations and posting security personnel.

The safety of your people is your top priority, making how you communicate critical during incidents of civil unrest. Consider how you will communicate to key stakeholders, including employees, customers, and local authorities. Ensure you have updated contact information for employees attending the convention or working at impacted locations and have the tools in place to communicate with them in a timely manner.

Business operations may be disrupted if a specific geographic location or key infrastructure affected by a protest becomes temporarily inaccessible. Plan for the possibility of suspending business operations, rerouting or delaying shipments and deliveries, and assigning employees or business functions to other work locations. Every effort should be made to track and monitor local crime as well as protest activity. Strategic Security will be deploying it Overwatch Security Solution at the convention. Overwatch is a command and emergency operations call center that utilizes high tech intelligence gathering systems, communications networks, as well as proprietary patented pending technology to provide a holistic security solution that combines command and control. Within Strategic’s Overwatch Solution is Threatminder which delivers a flexible solution that provides visibility and insight into online risk across an entire organization. ThreatMinder’s cyber and social media monitoring platform, the system scours the web, dark web and social media using a proprietary combination of technologies and U.S. intelligence agency best-practices to identify potential risks and notify businesses of potential threats in real time. In addition the ThreatMinder platform monitors feeds from local domestic law enforcement agencies to access threats from non violent and violent crime

The main threat and risk categories are (A) harm to persons; (B) damage to property; (C) loss of revenue for the event and jurisdiction if incidents prevent people from attending or cause increased expenses; (D) increased liability due to negligence; and (E) loss of reputation, touristism, customers may not come to the jurisdiction again because of problems.