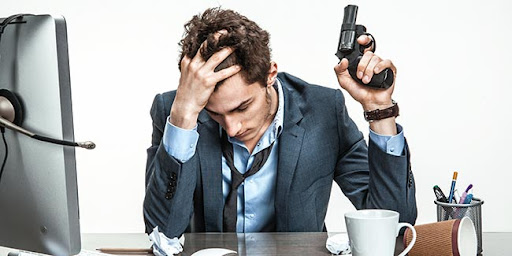 Who is an active assailant?

An active assailant can also be referred to as an active armed intruder or also known as an active shooter is an armed intruder(s) are individuals who are actively engaged in killing or attempting to use lethal force on others in confined and/or densely populated areas. Their aim is to harm as many people as possible.

Cases of active assailants have been on the rise in recent years.  In most cases, active shooters make use of dangerous weapons such as firearms. It has become difficult to predict the target victims of these attacks as the active assailants have no particular pattern in selecting their victims. The unpredictable nature of these attacks is dynamic and tend to evolve quickly. This makes the situation a volatile one as these incidents are often over within minutes. The victims are everyday folks who find themselves at their regular locations living their normal life before these attacks. We have seen cases of active assailants in schools, concert venues, religious settings even the mall is not left out. Active assailants have other methods they use in carrying out their attacks other than a firearm: such as knives, vehicles and explosive devices.

What To Do if you Experience Active Assailant:

Nobody prepares to be a victim of an active assailant attack, but it is important to be emotionally, mentally and physically prepared if such ever happens. Being adequately prepared gives you a chance to survive such a horrific incident. It is why is important to be properly prepared both emotionally and physically. This cannot just keep you safe but also others around you. The following are steps you can take, to keep yourself safe during an attack by an active assailant.

Run: If you know it’s safe for you to make a run, then by all means necessary do that. Always avoid the direction of the assailant when on the run. Get away from the threat as fast as you can and call for help when safe to do so. In addition attempt to prevent others from entering the space or property under attack.

Hide: Look for somewhere with some level of protective shade that can keep you safe till help arrives. This can be hiding under a table or desk. It is important to move away from the direction of the assailant. Try creating as much of a barricade as possible between you and the assailant. If you are caught outside, try locating the nearest building and hide.

Bolt the doors: If you find yourself in a different room from the assailant, it is important that you bolt the door as fast as possible and as firm as you can go. Also, stay away from the door.

Turn off the lights: If you happen to be caught inside a building, try to turn off as many lights as you can. Maintain a safe distance while doing this. By turning off the lights you reduce the visibility of the active shooter thereby not just saving your life but that of others as well.

Remain cool and quiet: This might not be an easy task, but consider it very important. Shouting or not being calm has the tendency of gaining the attention of the assailant which then puts you in harm’s way.

Defend yourself: This should be the last resort, and you should only resort to this means only when directly confronted by the assailant and you have no other option than to fight back. Do a quick check if there is an escape route before engaging the assailant. You can confront the assailant by throwing objects at him to destabilize them, you can also try yelling loudly at them or being aggressive and using whatever weapon is at your disposal at such a given time.

Increasingly erratic, unsafe or aggressive behaviors:  It is actually pretty challenging to predict active shooter situations before they occur. But it would be to your advantage if you pay close attention. Paying close attention can probably alert you to some potential early warning signs. These warning signs have been noticed among some shooters who demonstrated progressive escalating risk signals before an attack. It is essential to alert the relevant authorities when you observe these signs. Alerting relevant authorities might help save lots of life and prevent an attack. Some of these potential warning signs include:

Hostile behavior based on unfairness or perceived misconduct. Also over time, individuals might become hostile due to one reason or the other. They might become hostile when they feel they are being cheated by the system, or that they are currently being treated unfairly, or their rights are been taken away. Sometimes they might have feelings of betrayal. It is necessary to alert relevant authorities.

Responding to Active Assailants as an organization.

Responding to the active shooter situation

Law enforcement officers may not be present when shooting begins.  Provide information on how staff can respond to incidents that can help prevent and reduce loss of life.  There is no single response that suits all active shooters; however, making sure that everyone knows his or her response options and can react decisively can save valuable time.  Describe the plan and consider response options in advance, this will help individuals and groups quickly choose the best course of action. Remember, in the case of an active shooter, even your highly trained people will be shocked, fearful and anxious, and even initially doubtful and in denial. It is a common occurrence to hear lots of sounds as the commotion continues the blaring sounds of alarms, gunfire and explosions, and people yelling and screaming.  Training goes a long way to restore calm, at least recall some of what you have learned, and take action. It might take a while for individuals to recollect their training and adjust to the current situation on the ground as panic is inevitable.

When there is an active assailant, individuals can help keep safe by doing any of the following three basic options: running, hiding or fighting.  You can escape shooting and find a safe place where you can hide and/or deny the shooter entry or disable the shooter in order to survive and protect others from harm. As the development, you may need to use multiple options.  In the case of a sports shooter, individuals rarely have all the information needed to fully understand the situation to decide which option is best.  Although they should follow the plan and any instructions given during this period in the event of an accident, they will usually have to rely on their own judgment to decide which option will best protect their lives.

By James Kimmel, Director of Operations